A specific volume (100-mL) of test sample is introduced between the two concentric electrodes in the Cell. Using a triaxial cable, the Cell is connected to a sensitive dc ammeter in the Console and a dc voltage is applied between the two electrodes. Due to the physical geometry of the Cell, the Cell constant is stable and calculable. Thus, the resultant peak current is readily transformed and digitally displayed as picosiemens per meter (pS/m), also commonly known as conductivity units (CU). As defined in ASTM Standard Test Method D 4308, a CU is equal to a picosiemen per meter (1 CU = 1 pS/m). The enclosure technique employed in the Cell precludes the need for external screening from stray electrical fields. 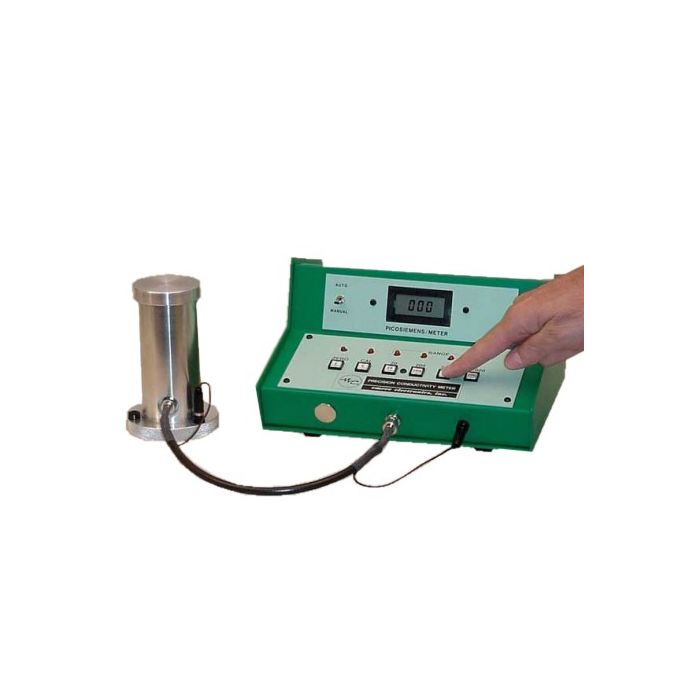